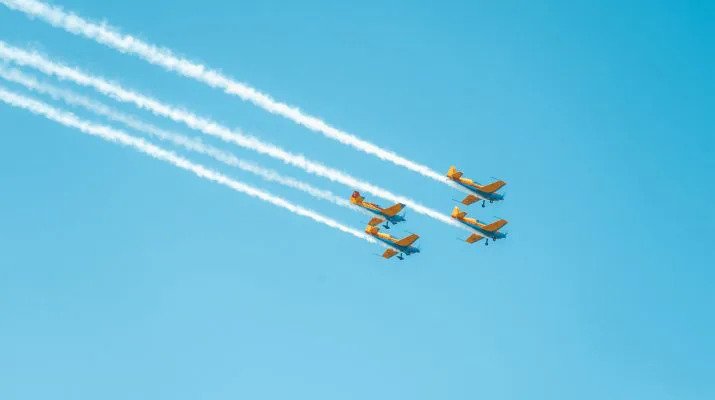 So you’ve seen the movies, the hero pilot flies his aircraft really close to another aircraft, in order to wake up the sleeping pilot by tapping his wings with his own wings. Sleeping Beauty wakes up in a startled manner, everyone has a laugh, and they all fly off into the sunset to fly again another day.  Now I’m not condoning any form of aircraft touching each other, but the art of formation flying is all about safely flying two or more aircraft in close proximity, with responsibilities given to each team member.

Where does formation flying come from?

You don’t have to think too hard to realize that we humans didn’t come up with formation flight. Look at the birds flying south in their big V formation – the bird in the front is busy with navigation, lookout, filing flight plans… (yes I know, he doesn’t have a radio – listen I don’t know much about our feathered friends as I’m not Sir David Attenborough). All the other birds have just one job – to stay in formation.

Actually, as I write this, to ‘stay in formation’ could easily be broken down into a few more tasks. Don’t fly into any other birds, stay visual with the bird it’s flying on, and to sqwark/screech/honk if an emergency happens.

That bird formation flight is just like full-sized grown up airplane formation flying. The leader takes full responsibility for everyone else, whilst the other aircraft hang on and generally only speak up if there is a major issue.

Formation flying looks so easy, and after watching our hero in the movies, or maybe dribbling during the sick Van Halen backed youtube video of the Blue Angels, you may be inspired to do some formation flying with your buddies. Think of the amazing clips you can post on social media of your effortless flying prowess that your buddy will catch on your iPhone. Think of the incredible footage of the resulting impact and fireball that the news story uses after they recover your telephone from the scattered wreckage. Wait – what?

Yes, formation flying is incredible, it’s beautiful, it’s fun, and it’s my preferred medium of conducting photography. It’s also safe when conducted by experienced professionals in a planned, briefed and organized manner.  But try your luck and just give it a go, and you’ll suddenly realize that it is an incredibly dangerous activity to ‘just wing it’ with your buddies. Even the most experienced professionals still get into trouble during formation flying, so don’t think you can do it without any training. This takes me on to probably the most important part of this article…

In most countries, formation flying is an actual rating that pilots must learn through an approved syllabus, and be taught by specialist rated instructors. You must also brief every planned formation so that all members are ‘on the same page’ and fully aware of how to conduct the flight.

An important ‘must-have’ is the post-flight debrief, where techniques, errors and other corrections must be raised in order to be even safer for the next flight. Regardless, (and I cannot advise you seriously enough) if you don’t require such a rating in your own country, do not be tempted to just give it a go and try formation flight – please get some formal training from an instructor highly experienced in this type of flying.

I know that it looks very easy – those videos show the other aircraft remaining stationary whilst the pilots make tiny incoherent control correction, as they smoothly transition during climbs, turns and dives – and even loops.  But high diving off cliffs looks just as graceful, but I wouldn’t even expect an Olympic swimmer to be successful at that equally demanding task without training.

In case you were wondering – yes you should definitely wear a flying helmet. Formation flying, particularly during training, is one of the easiest events to sustain a head injury during flying.

My soapbox has just about fallen apart, so I’ll step off now that I’ve had my safety rant, and will concentrate on the better stuff…

Learning to fly in formation – the right way

Formation is about the best fun you can have with your clothes on, and it’s so satisfying to return after a sortie and realize that everyone in the team is safe, happy and just as joyous as you are. It’s a team sport, and you are with other pilots that trust you with their lives. Literally with their lives, because you are all following Standard Operating Procedures and exercising trust and leadership in order to fly safely.

Watching the leader wobble up and down continuously whilst in straight and level flight seems funny until you eventually realize that the lead is actually flying straight and level, and that you yourself are the one that’s wobbling up and down, inducing motion sickness in your instructor.

Hopefully, by the end of your first lesson you can dampen the oscillations, not just in the vertical, but also in yaw, roll, and the fore and aft axes. It can feel an impossible task (a bit like learning to hover a helicopter), but eventually, some pilots get it. Don’t worry, the beginning of your second flight will see the dreaded oscillations return, but your instructor will calm you down so that the leader is motionless.

Then the leader will start climbing, or descending, or turning, or accelerating, or begin changing frequency and asking you to change position, and that means you’ll have to damp out new oscillations, think ahead, anticipate control movements, change power settings, or even say your callsign on the radio. Chances are the radio callsign will be a simple “Two!” response, but your overwhelmed brain might find that difficult.

There is an often-heard airforce ditty ending with the secret to formation flying being “…just grit your teeth and stay there”. You will constantly be reminded that determination is often the most valued asset of being a successful wingman.

Essential Skills to get your formation rating

The truth is, staying in formation isn’t all that hard. Elevator, throttle, trim, transmit, and all the other things you used to do to control the airplane – still works just as advertised. It won’t take long to learn the coordination in order to stay in position.

The harder component is learning how to safely get into position (join the formation), and when and how to safely exit the formation. Consequently, you will also learn how to take off as a pair, or how to take off with a few seconds separation (called a stream takeoff), how to swap formation positions, swap lead if tasked, learn how to break away in a safe manner, how to rejoin, and even how to land together.

Of course, you’ll also have your share of being the leader, because there is more to it than simply flying out to the training area and back – you have to consider the wingmen, fly well inside the performance envelope, consider the experience limitations, handle emergencies, and maneuver much slower than usual. All of that takes practice, and you will get your fair share during a formation training package.

How long does it take to get your formation flight rating?

It all depends on your skills, the quality of instruction, and the standard that your instructor is happy to accept. Remember not everyone takes 15 hours for their first solo, so nobody can say with certainty how long your training will take.

Personally I wouldn’t be happy seeing anyone qualify before eight relatively consecutive lessons – but my military background means that I have more of an extensive syllabus than many others. I also don’t want my students being overconfident and swapping paint with their buddies on their very next solo flight.

You’ll eventually be cleared to be a qualified formation pilot, and I promise that your learning doesn’t stop there. It’s a perishable skill that you will want to practice often, and you will learn to anticipate events better each flight, and you will find it easier operating in your performance envelope.

Later will come steep turns, and you might even decide to venture into formation aerobatics – again only with an experienced instructor. You might not be in the same league as the Blue Angels, but you can certainly play the same game and have just as much fun, whilst improving your flying skills, gaining admiration from your peers, and having a new reason to go flying next weekend.

Do you have any experience with formation flying? How many pilots do you fly with? We’d love to hear from you in the comments below.

Michael Jorgensen is a specialist formation instructor and Australia's premier air to air formation action photographer, based in Sydney, Australia. Jorgo has a wealth of experience, stemming from his career as a military fast jet pilot, and heavy air-to-air refuelling tanker pilot flying for both the New Zealand and British Air Forces.

Jorgo has 3 posts and counting. See all posts by Jorgo 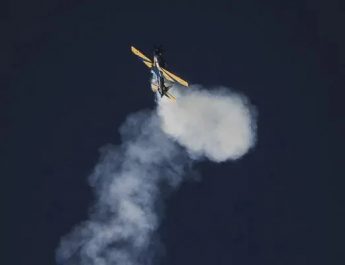 Aircraft Stall Recovery – 4 tips that will save your life 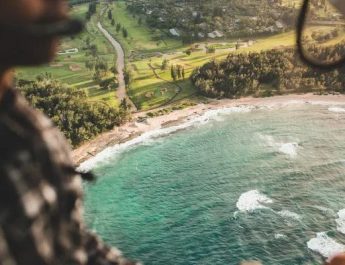 How to find the best flight school near you 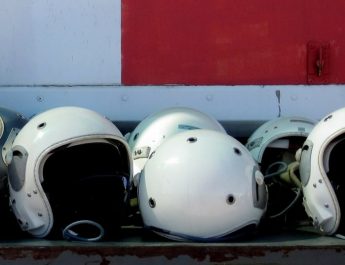 I’ve been flying for more than half my life, and becoming a pilot was the hardest task I’ve ever undertaken, but it has also been the most rewarding. I started this website with several other professional pilots to help you become the successful aviator you were born to be. Are you a professional pilot? I’d love to hear from you, if you have any questions or comments, feel free to contact us.

Is becoming a pilot worth the cost?

How to fix rich air-fuel mixture

Which Aviation Plotter & Flight Computer is right for you?

The Best Pilot Watches For Any Budget 2020

Looking for a new headset?