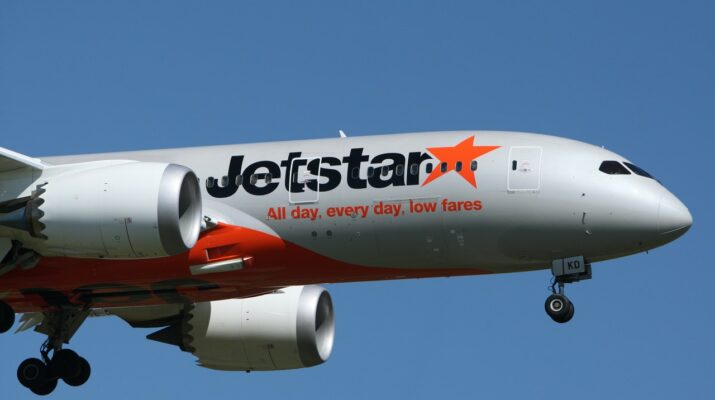 In this Jetstar review, we look behind the scenes at the user experience for a pilot or a traveller considering Jetstar. With many choices of airlines, we reveal all the pros and cons you need to know before deciding about Jetstar.

If you are a pilot or a keen flyer and are curious about whether you should be a pilot or a traveller with Jetstar, then this candid review from a pilot’s perspective is for you because what an airline appears to be like on the outside is not necessarily the case. We open the flight deck door and give you a sneak peek into the advantages, disadvantages, route network and lifestyle to help you come to your own conclusion about Jetstar. With an Australasian network, travellers are spoiled with the chance to make a quick hop to tropical destinations or simply travel between the main capital cities at a competitive price.

Where does Jetstar fly?

Jetstar Australia predominantly tick off all destinations of significance in Australia with their Southeast Asian cousin, Jetstar Asia, and Jetstar Japan, covering Southeast Asia and the Pacific and Polynesian islands.

In Australia Jetstar service around 30 destinations, a combination of well-known major capital cities along the main traffic run along the east coast of Australia, affectionately known as ‘the shark patrol’ for the sector hops between Melbourne airport, Sydney airport, Gold Coast and Brisbane airport. Aside from the well-serviced capital cities in Australia, Jetstar can also take you to the footstep of many Australian leisure destinations such as the internationally acclaimed, ‘Uluru’ (Ayers Rock) in ‘the outback’ and the envied tropical coastlines of Far North Queensland pronounced in local lingo as ‘FNQ.’ FNQ is the gateway to the Whitsunday coast and the heritage-listed Great Barrier Reef.

Do they fly internationally?

Jetstar Australia was Qantas’ inaugural leap into the low-cost market. Soon after the launch, it expanded internationally under a total Jetstar brand known as Jetstar Asia and Jetstar Japan from an employment point of view.

The regions available for international flights with Jetstar are the Pacific and Polynesian islands encompassing the top destinations of New Zealand, Fiji, Cook Islands and Hawaii. Jetstar identified expanding Southeast Asian market now flying to over ten destinations such as Thailand, Japan, China, and Vietnam.

When was Jetstar established?

Jetstar was established in 2003 when Qantas acquired Impulse airlines (a smaller regional airline who flew Beech 1900’s) as their fast-track remodel into the low-cost carrier market.

Is Jetstar owned by Qantas?

Jetstar is wholly owned by Qantas and was Qantas’ business pivot response to Richard Branson’s launch of Virgin Blue in 1999 as part of their strategy to claim market share in the low-cost airline model.

Is Jetstar Airways as safe as Qantas?

A belief made popular by the acclaimed movie ‘Rainman’ left the world convinced that Qantas was the safest airline in the world. While Qantas are a very safe airline, the aviation industry down under prides itself on the highly professional attitude airlines and pilots take.

Let’s not forget that Jetstar is owned by Qantas and from a fleet numbers perspective, it has almost the equivalent number to Qantas. In short what occurs at Jetstar would have a ripple effect into the Qantas reputation. Therefore, Jetstar’s training system is subjected to the same standards that Qantas is, including proficiency checks in the same highly technical simulators that meet the Civil Aviation Safety Authority regulations of FFS Level D (Full Flight Simulation). All airlines in Australia are required to adhere to the Civil Aviation Safety Authority (CASA) suite of regulations. There is not a different set of rules for a low-cost carrier.

Although Jetstar is owned by Qantas, a typically Australian rivalry runs through the veins of the crew. Although Qantas pilots may argue they are the best, Jetstar pilots know their airline is as safe as being on a Qantas flight, despite being known as a budget airline.

Is Jetstar a good airline to work for?

Many pilots not only understand but have lived the cyclic nature of the aviation industry throughout their careers. Where you happen to enter the cycle armed with your Commercial Pilot’s Licence can influence how good or bad an airline is to work for. For example, if there is a glut of qualified pilots, then any airline that accepts your application will be the best one to work for!

Jetstar is a mature airline with many pilots that have been employed from its launch in 2003. Once any pilot has been on the inside, it is easy to dilute how the experience is in flying for them with other distractions such as lifestyle matters. When you filter out the workplace conversation down to simply what it is like for a pilot to fly state-of-the-art equipment in a secure well-proven airline, then pilots are lucky to have a job with them.

Now as the world moves into a global pilot shortage, the conditions will be under pressure to improve, to retain the experience.

You can read more about How to become a pilot in Australia in this article HERE.

What kind of airline is Jetstar?

Jet star is a low-cost airline model, the whole concept as the name suggests is to bring to the market a lower cost base which in turn results in a cheaper alternative for the traveller to the full-service airline model. Jetstar is a ‘self-selection’ model where you get to pick and choose what is important for you when travelling and what you can do without. E.g., Elect not to have in-flight food, being content with no checked bags (or lower luggage weight limit), no inflight entertainment, or happy to take a punt on what seat allocation is left, potentially leading to a middle seat. As a general rule of thumb, low-cost carriers also have a lower cost base on their pay structure which also reflects in the fares.

There are of course still the business class options and options for additional baggage.

How does Jetstar compare as a budget airline in Australia?

Jetstar’s main low-cost rival in Australia is Virgin Australia, the rebrand from the original Virgin Blue. Although both are classified as low cost, the models have had slight differences throughout their operational life based on the strategy from the board level. Through most of Virgin’s lifecycle, meals were included as part of the ticket purchase, making it easier to know what the final cost was. Jetstar on the other hand elected to run with flying you from A to B with a no-frills baseline and through many clicks on the website, select your add-ons (and pay extra) from there.

For some the Jetstar website experience can be a little frustrating however the end objective is achieved, being that of buying cheap tickets on a flight, but the process appears to take a little longer.

On time performance published data between the two main low-cost carriers for April 2022 shows Virgin slightly ahead on the ‘arrivals on time’ at 65% with Jetstar sitting at 59%.

If you are the sort of traveller that is happy to select exactly the travel experience you desire, then Jetstar rates fairly well as a low-cost choice. A deal clincher may also be Jetstar’s promise of ‘lowest fares guaranteed, backed by our Price Beat guarantee.’

How much do Jetstar pilots get paid?

In Australia, all enterprise bargaining agreements are lodged with the Fair Work Commission once agreed upon between the pilot groups and the company. To give you an idea of the hierarchy of wages, Qantas pilots earn the most with Jetstar and Virgin being relatively similar in the second tier. When you measure the risk that all pilots face in their day-to-day operations, all pilots could argue that they should be paid higher however as it stands now, Jetstar staff and Jetstar pilots earn a good wage. Jetstar Captain’s wages range between AUD$180,000-$215,000 with First Officers on 55-65% of Captains wage depending on years of service.

Advantages of flying for Jetstar Airways

·     Well established employer under the umbrella of Qantas

·     Getting to fly state of the art equipment and aircraft, with new orders in place

·     Many bases for pilots and cabin crew

·     Get to live in Australia (not Jetstar Asia or Jetstar Japan)

Disadvantages of flying for Jetstar Airways

·     Lower wage than Qantas and some other airlines

·     Culture, whilst mature, can always do with an upgrade

Jetstar has the distinct advantage compared to other low-cost carriers to be backed by one of the big guys, Qantas, creating enviable security than many other pilots. With state-of-the-art jets, an Australian base, and a mature regulated training process, Jetstar is a viable choice for pilots to live in the land down under. Jetstar have removed the fluff and created a ‘user choice’ travel experience on their expanding international network. Pilots and crew are lucky to have an interesting route structure which makes a tour of duty one to be envied.

Have you flown Jetstar or flown for Jetstar? What has been your experience? Let us know in the comments!

Ken has 107 posts and counting. See all posts by Ken 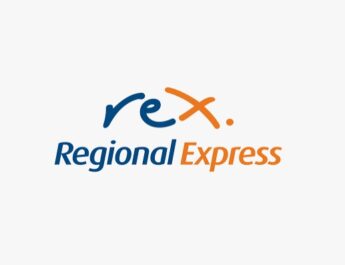 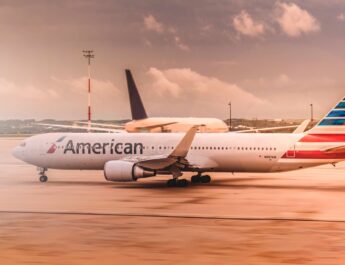 American Airlines Review; Are they superior? 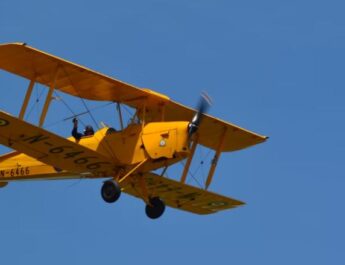 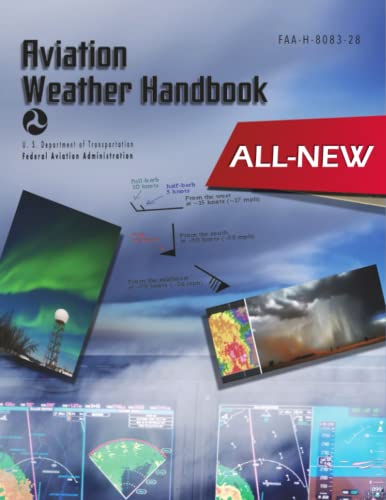 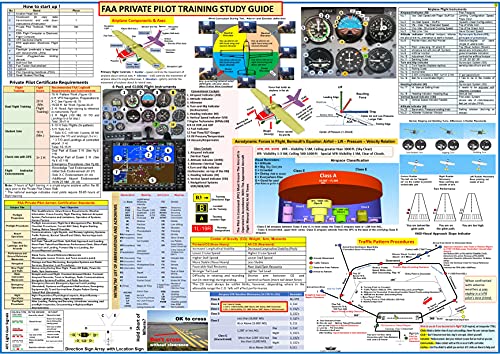 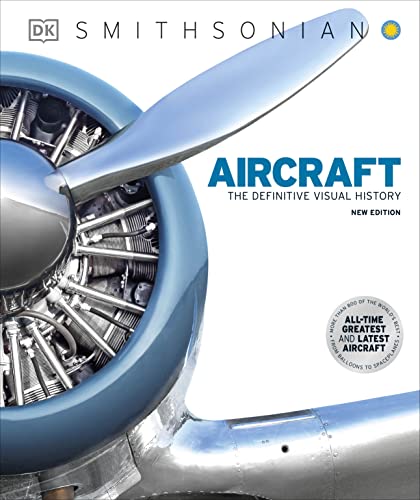 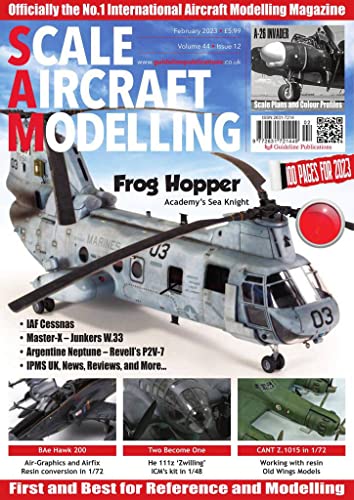 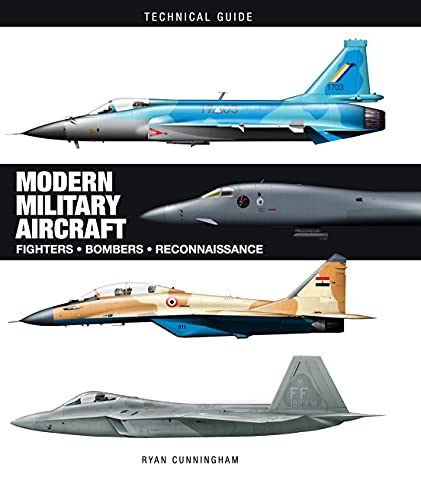